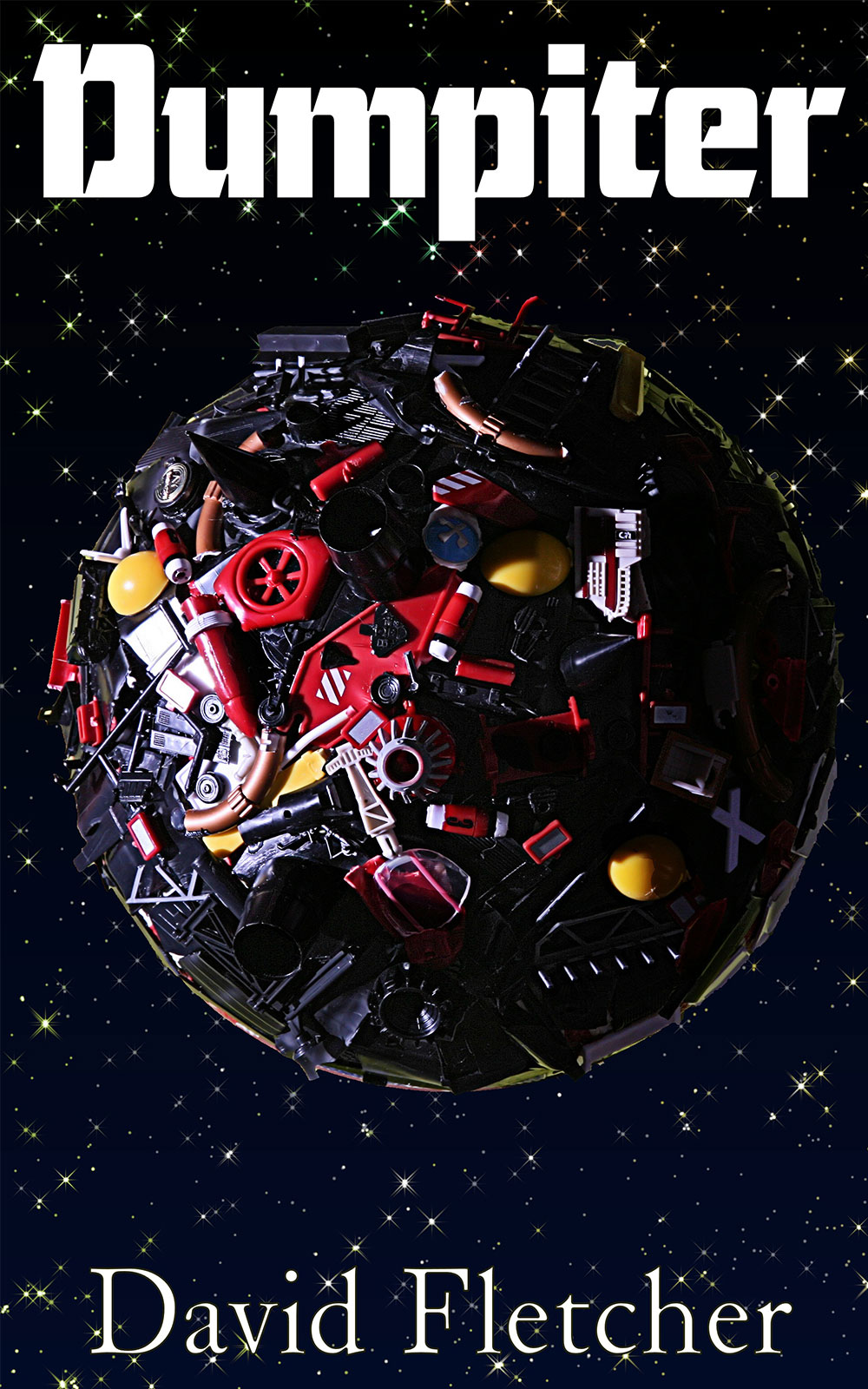 Renton Tenting is the protagonist of Dumpiter and the ultimate unlikely hero – who, early into the story, is plucked from a carefully planned life and cast into a challenging and disturbing adventure, played out against a backdrop of space travel and distant worlds. In the future, mankind has populated much of the universe and is well on its way to screwing it all up. Renton is exposed to all manner of ridiculous oddities – the inside of a giant milking machine, a cult whose members live their lives on their hands and knees – and ultimately Dumpiter itself. This is where the real mess is, and where there are real problems for Renton…

They were both still stunned at the milker’s sudden departure. As it vacated the space between them they were then further stunned to see each other’s condition. Madeleine had a pair of grey shoes lying at her feet and a pair of tights in her hands. Renton had only a pair of milk-stained desert boots. Other than that they were possessionless, unencumbered to the point of nakedness on the great Crabbsbab plain.

As the shock wore off, Renton experienced mixed emotions. But Madeleine, it appeared, had a more single-minded view of their situation. Or that’s what Renton thought when she addressed him with a series of expletives and then made an enquiry about his parentage and his acquaintance with the concept of species regression.

A ‘must read’ designation for Dumpiter…
Read Review…